Reposted with permission from ENSIA.

Instead of wasting time trying to convert opponents, we should invest it in motivating passive allies to act.

November 20, 2019 — “How do you convince people that climate change is real?” is a question I’m invariably asked after I give a talk on climate change and health. Even as wildfires incinerate communities in California; hurricanes decimate islands, taking thousands of lives; and Qatar starts to air condition its outdoors from scorching heat, some continue to “not believe” in climate change.

I have struggled to come up with a convincing answer. Should I show them the latest Intergovernmental Panel on Climate Change report? Share gut-wrenching facts on the mass extinction of species? Offer statements from trusted medical organizations?

But I know none of this would work. Research shows us that presenting scientific facts, the “information deficit model” of communication, is often not effective in changing deeply held beliefs about climate change.

So instead of asking myself how I should convince someone of climate change, I started asking why instead. The answer is simple, isn’t it? If they “believe” in climate change, they will want to take action. They will cut down their carbon footprint, vote …

I lost confidence in what I was saying halfway through that sentence. As a physician, I know how difficult behavior change is. Smokers, who are well aware of the harms of cigarettes, take a long time to move from the stage of “pre-contemplation,” where they are not considering quitting smoking, to the “action” phase of quitting smoking.

When we look at climate-behavior change, an analysis by Yale Climate Communications in 2018 might give us an insight into the tedious nature of the task. The study estimated that 70% of respondents believe in climate change. But only 57% believe humans cause it. So, first, we need to convince people it’s real. Then we need to convince them it’s man-made. Then we need to motivate them to take action — action that essentially requires changing every aspect of their lives.

Well, if we don’t convince everyone that climate change is real, how do we fix it? A common misconception is that to create change, everyone needs to act. However, the data show otherwise. According to the Washington Post, a Gallup Poll in 1961 showed only 28% of respondents in a U.S. survey approved of the lunch counter sit-ins and freedom buses during the Civil Rights movement. Only 57% supported same-sex marriage when the U.S. Supreme Court decided in its favor in 2015. Erica Chenoweth from Harvard University analyzed hundreds of nonviolent campaigns over the course of a century. She found that it takes only around 3.5% of the population actively participating in civil protests to cause real political change.

In other words, the efficient move now is to take the time and energy we want to expend on convincing deniers and use it instead to assemble the critical mass to turn the tide.

With a few exceptions — speaking truth to leaders in power and helping loved ones recognize the magnitude of the threat — we need to shift our way of approaching climate communication from changing minds to giving people already on board concrete tasks on which to take action.

An excellent way to visualize this is an advocacy tool called “Spectrum of Allies.” This tool is based on the premise that the most effective way to create social change is to convince, not vehement opponents, but people who are neutral about an issue or passively agree with you to support your cause.

The “Global Warming’s Six Americas” 2018 survey on climate attitudes of Americans showed that 29% are “alarmed” and are taking action. Another 30% are “concerned,” and 17% are “cautious” but not taking action. The Spectrum of Allies framework suggests that for greatest impact we should focus action-oriented climate communication on the latter two groups rather than trying to convince the 18% who fall in the “doubtful” and “dismissive” categories that they’re wrong.

So, what should you do when your uncle calls climate change a liberal hoax over the Thanksgiving dinner table?

Here’s my suggestion. Estimate how many minutes you would likely invest in this “discussion.” Then — don’t. Engage about something else that connects you on shared values. And once you’re done with the interaction, use the time you didn’t spend arguing about climate change to call your legislator or write a letter to the editor. Better yet, mobilize a friend who already believes climate change is a problem. Help them set up an in-person meeting with their representative, join a protest or build a relationship with a local environmental nonprofit.

We are past the time for convincing. It’s time to act.

Editor’s note: The views expressed here are those of the authors and not necessarily of Ensia. We present ​them to further discussion around important topics. ​We encourage you to respond with a comment below following our commenting guidelines, which can be found on this page, or submit a Voices piece of your own. See Ensia’s Contact page  for submission guidelines. The author is a associate at the Institute on the Environment (IonE) at the University of Minnesota, where Ensia is based and which provides funding to Ensia. Ensia is an independent publication of IonE. To learn more, please see our Code of Ethics.

Turning the COVID-19 carbon crash into our last, best chance 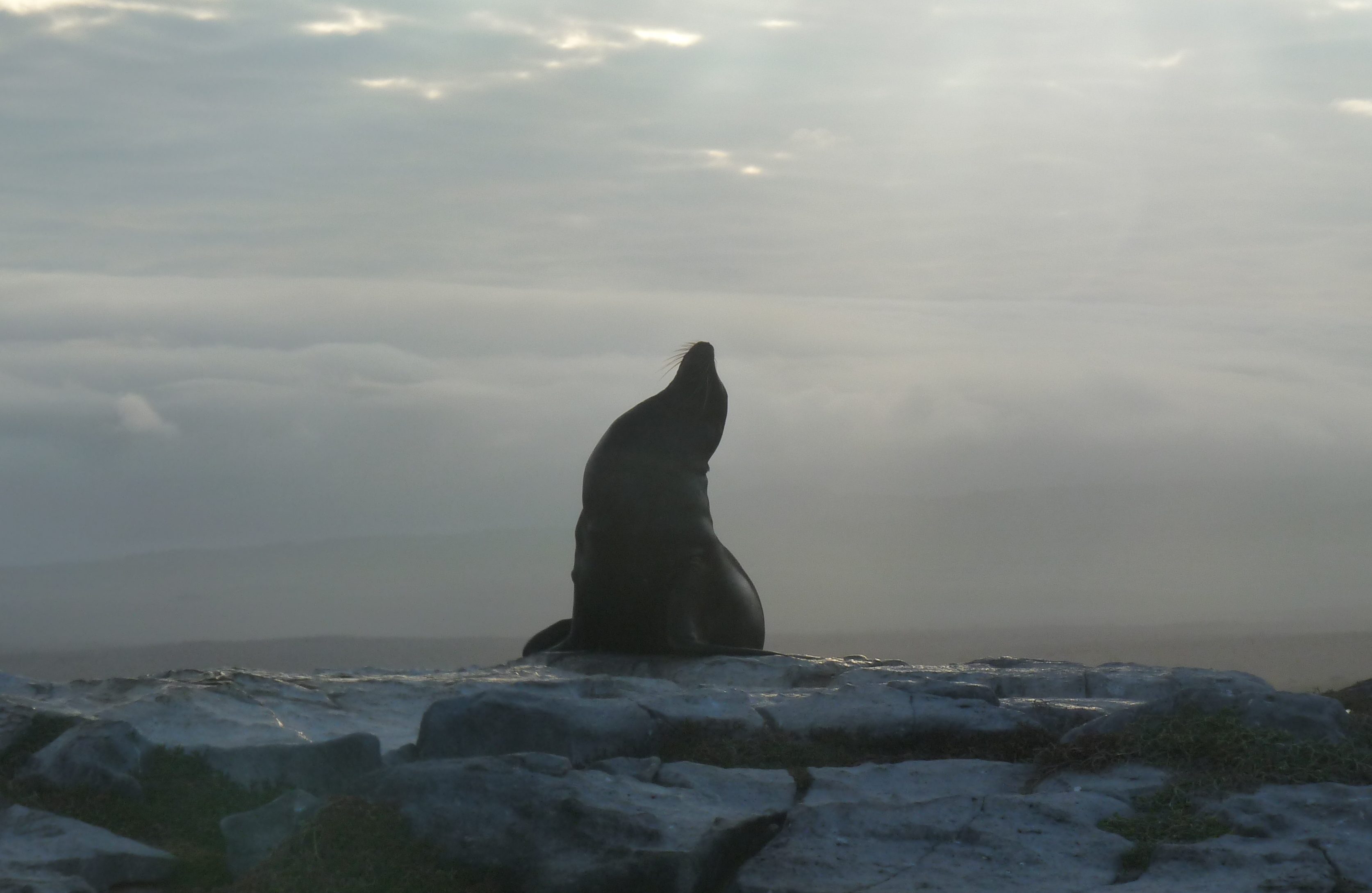